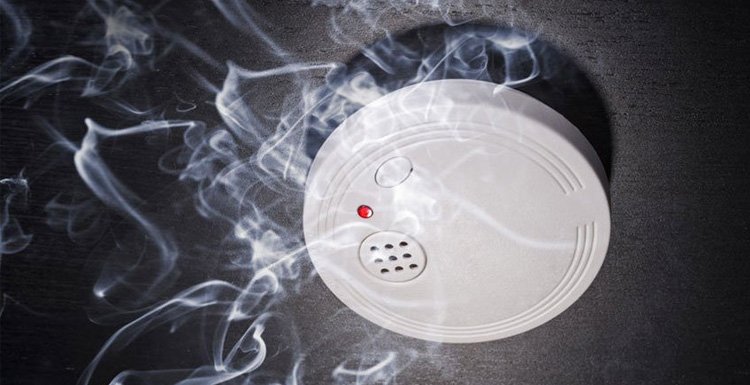 False Fire Alarms are Dangerous. If there never was a false alarm, people would react to a fire alarm and get out of the building – false alarms change that. When there are some false alarms, people quit reacting quickly. With enough false fire alarms, people don’t even look up from their desk, or else until the sound stops, they cover their ears. People have died because, when there was a real fire, they didn’t react.

A common cause of false alarms is smoke from microwave ovens in work areas. Timer buttons bounce and display too many digits, and then, to do other things, people walk away from the running microwave. Shortly, smoke billows out of the microwave oven and false alarms ensue. It happens.

To reduce the False Alarms, move all microwaves ovens out of the work areas and keep the ovens in the break room, away from smoke detectors..

Smoke detectors are electronic devices. No matter how well they’re made, a few of them eventually do go bad and set off false alarms. Whenever there’s an alarm, before resetting the fire alarm system caused by a real fire or a false alarm, make sure to know exactly what device caused the alarm. A smoke detector that goes into alarm for no apparent reason should immediately be replaced.

Once a smoke detector goes into a false alarm, if it is left in operation, it will go into alarm again… at 3:00 AM, in two weeks.

Sometimes just moving a smoke detector will help reduce the false alarms, but changing its position may be something that first should be discussed with the fire marshal or fire inspector.

Apartment and condominium doors to the common halls are supposed to automatically close. One major reason is to keep smoke from coming into the apartment, or out of the apartment. If the door closer is broken or removed, cooking smoke can get into the common hallway, find a smoke detector, and cause a false alarm.

Check each apartment door and make sure the closers are working correctly, keeping the doors closed.

Also, teach all current and new residents if there’s cooking smoke, don’t open the common hallway door. To air out the apartment or condominium, open a window instead.

Perhaps a vacuum cleaner could be better used to reduce the dust particles, or maybe a sweeping compound could be used.

We Offer the FDNY Approved Fire Alarm Inspections in NYC.